This is the original version of my dockerizing approach. The newer version

One single command docker run -d -p 5000:5000 simplcommerce/nightly-build, waiting a couple of minutes for docker to pull the images and start the container. Then open your browser, type localhost:5000 and you got a shopping cart website written by aspnetcore up and running. Yahoo!!!!. In this blog post I will describe how I did it.

As you might know. I am developing an open source, cross platform and modularized ecommerce system built on .NET Core which called simplcommerce. 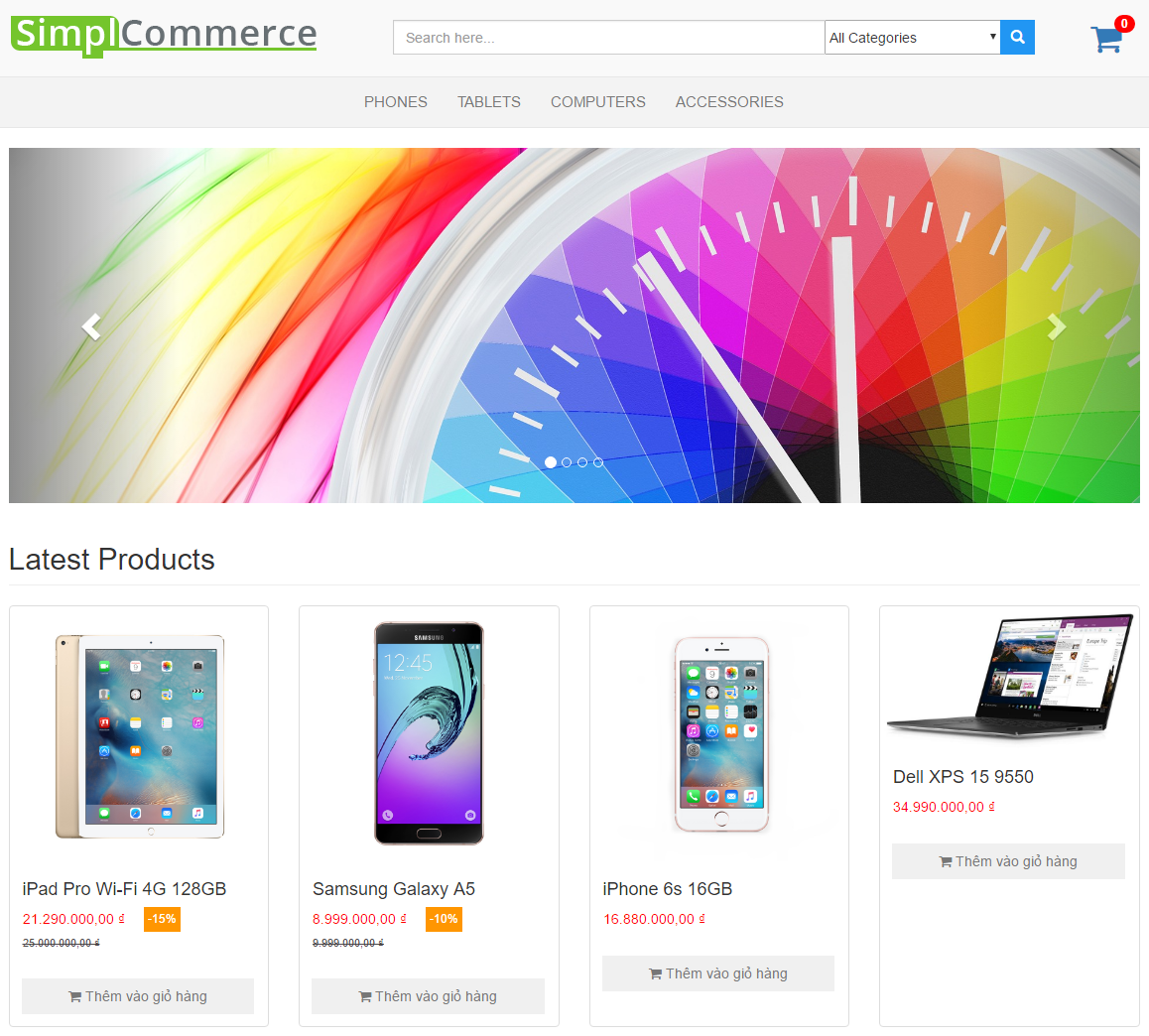 The system now has basic features of an ecommerce like: manage catalog, shopping cart, orders, review products, manage pages etc. Generally, it is enought for simple stores. Recently, many people come to ask me questions: doesn’t run on Linux? can I deploy them to a container? I think it’s a good idea to have a docker image for simplcommerce. I started to think about it. Below are 2 things that I want to archive:

Fascinating! But, to be honest. I am new to docker and the Linux world, I have some general knowldege but no real experience. After reseaching for a while, reading many articles, tutorials about putting an asp.net core application to a docker container. But most of them are very basic, just a hello world application. So it took me a while to figure how to dockerizing simplcommerce. Last night, finally I dit it.

Basically, challenges that I need to resolve are:

For the first challenge. In docker hub, I found that we can create “created automated build” from a github repository. Yeah, that’s cool. So, just create one and then connect to simplcommerce github repository.

In the build setting, I check the option to make the build happen on pushes, and specify the location of the dockerfile.

For the database, normally people will go with a separate container and may leverage docker compose to wire them together. But this is complicated to me :D. This is not for production so I want thing to be as simple as possible. I decided to bundle everything into one box. From the ubuntu, I installed postgres, then donetcore sdk, then nodejs. But I faced problems with staring postgres and its complidated permission mechanism. Yep! it is really complicated to a newbie as me. Getting stuck for a while. Then with using the postgres as the base image and doing more research, eventually I could make it work. The dockerfile With postgres image, we can inject custom commands to run after the database started by putting *.sh or *.sql file in a directory called “docker-entrypoint-initdb.d”. Basically the dockerfile will do the following steps:

After the containers started, and the postgres engine started. The file “[dockerinitcontainer.sh]” is called which will

Yeah, a real world dotnet app run perfectly on a docker container. One command to setup everything and here we go.

This is my first baby step to docker and linux, It may be not perfect. So if you can give me suggestions, I will be more than happy.